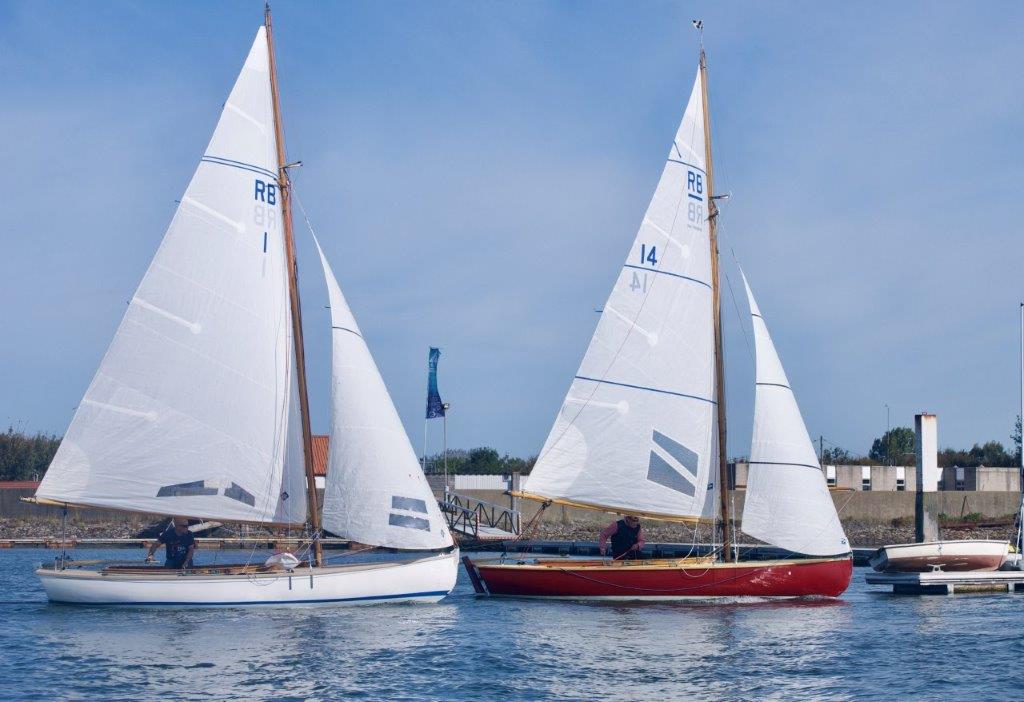 After several attempts to hold the annual RBOD single-handed race were thwarted by the weather, the much anticipated event was finally squeezed in last Sunday in perfect conditions. Five boats were up for the challenge in the gentle northerly breeze with warm autumn sunshine:

A course of Greenward, Jubilee, Redward was set to test the solo sailors on all points of sailing. RED JACKET and BLUE JACKET started well, benefiting from the greater pressure offshore. The others suffered a little closer to the North shore but once clear of the town the wind firmed up. As on the farm, Simon had an exceptional crop on BERYL, but unfortunately this resulted in a distinct lack of oomph and she steadily dropped back to become a blurred burgundy blob bravely persevering in an isolated world. Fortunately the mental strength of the helmsman held firm and a re-enactment of ‘The Mercy’ was avoided.

Meanwhile BLUE JACKET, with enviable boat speed, was holding off RED JACKET, where Steve was zig-zagging dramatically as he swapped his spinnaker gear from a port to starboard hoist. This gave some hope to MANDARIN following close behind, but who was wary of WHITE ROSE close on her tail.

To the disappointment of the spectators the spinnaker hoists at Greenward went smoothly and the colourful pack ran down to Jubilee. RED JACKET managed to avoid gybing but the others kept themselves busy with trips to the foredeck. Richard on WHITE ROSE had a busier time than most, losing a contact lens but managing to replace it with a spare – no mean feat on a 3 sail leg approaching the leeward mark at a fair pace! 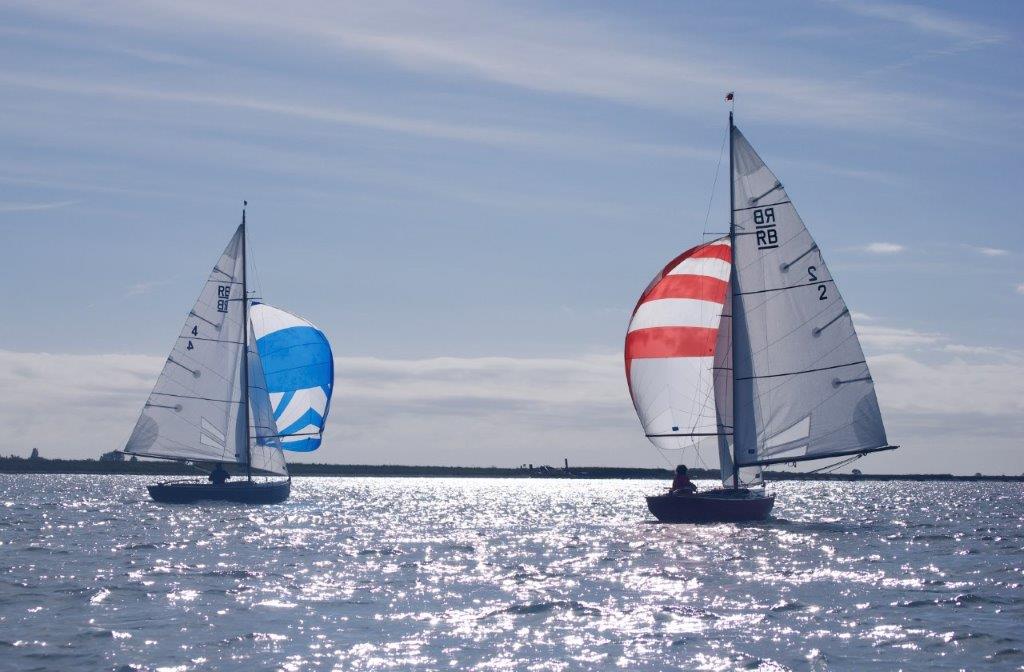 The order was unchanged for the beat to Redward, the helms enjoying the perfectly balanced boats and getting into the rhythm of tacking with just one pair of hands juggling 2 sails, 2 runners and the tiller. MANDARIN steered herself on the first leg from Jubilee to the Foulness shore whilst the spinnaker was extracted from the jib sheet block. She seemed to sail herself better than the chap normally waggling the stick!

BLUE JACKET defended her lead well as she and RED JACKET took the Foulness side of the course. In an effort to close the gap MANDARIN took a gamble and headed to the Branklet side, followed by WHITE ROSE, both hoping for more pressure and a wind shift but to no avail.

RED JACKET closed on the leader on the reach to the finish but it was Zandy in BLUE JACKET who took the gun and the much coveted Pemberton-Billing Trophy.

Last Saturday at the BSC prizegiving, RED JACKET (the highly sought after ‘B Class Average Cup) AQUAMARINE (The Diana Cup) and MANDARIN (Summer Points) picked up trophies for the Wednesday night series, with Fred Burden lifting the Crew’s Race prize.

The 2018 RBOD season draws to a close next weekend after 5 months of very close and enjoyable racing in what must be the best weather since ’76. We look forward to a good turnout in 2019 (the 87th year) as the countdown begins for the extravaganza of the 90th anniversary of the fleet that defies the passage of time. 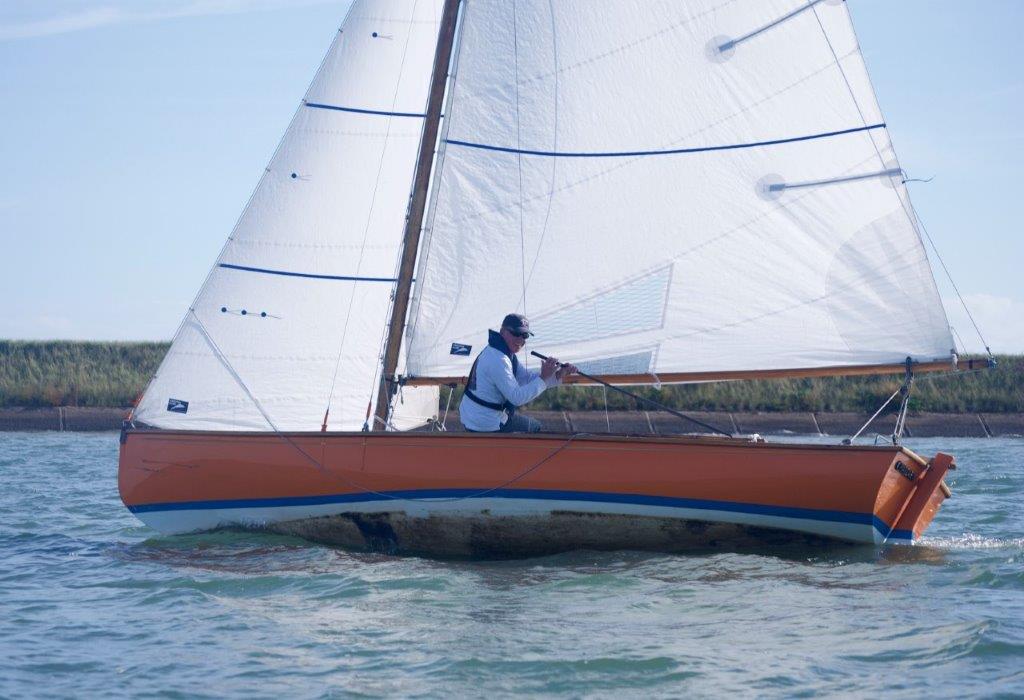 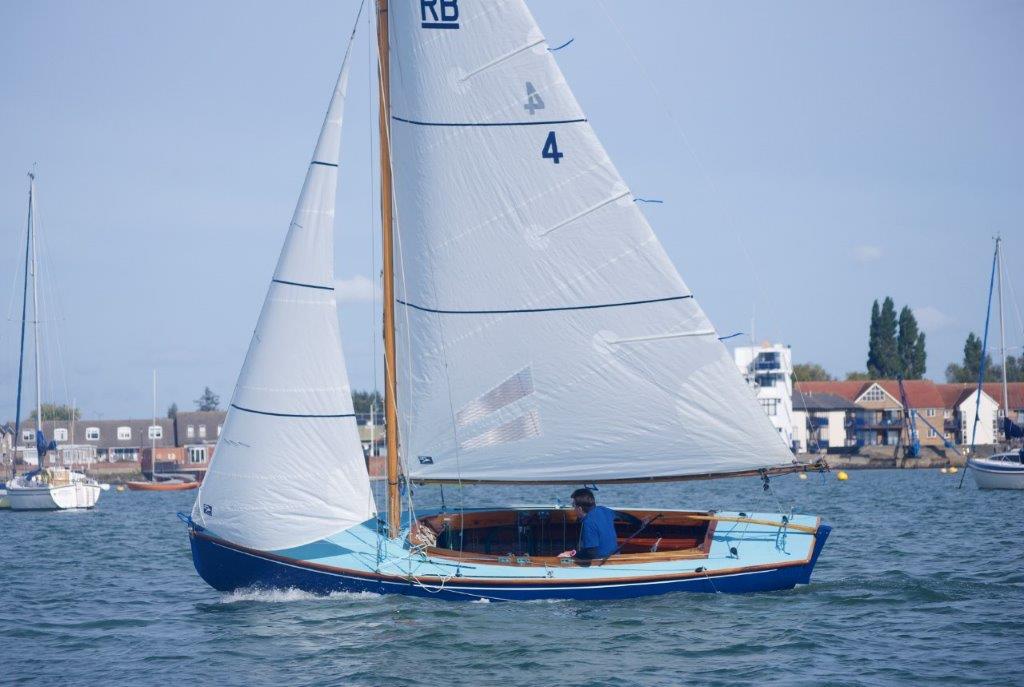 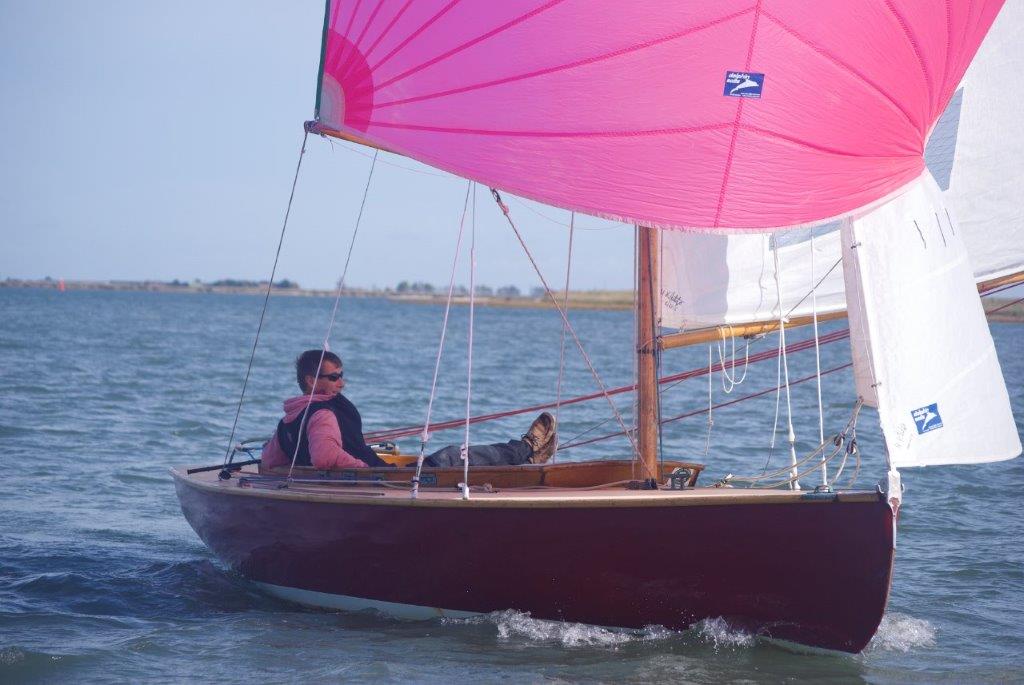 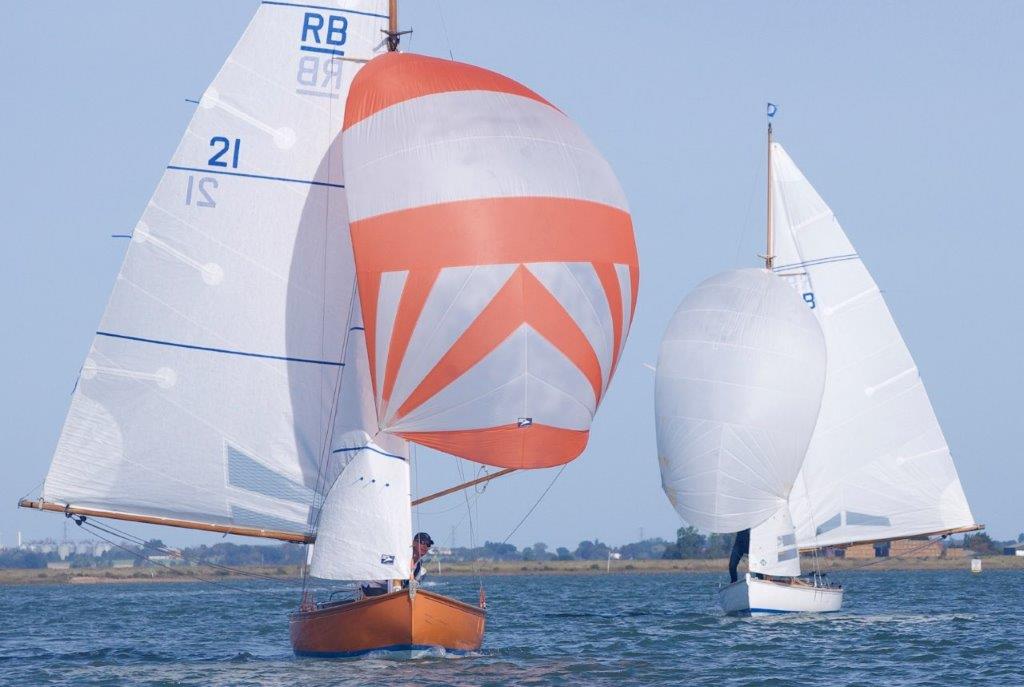 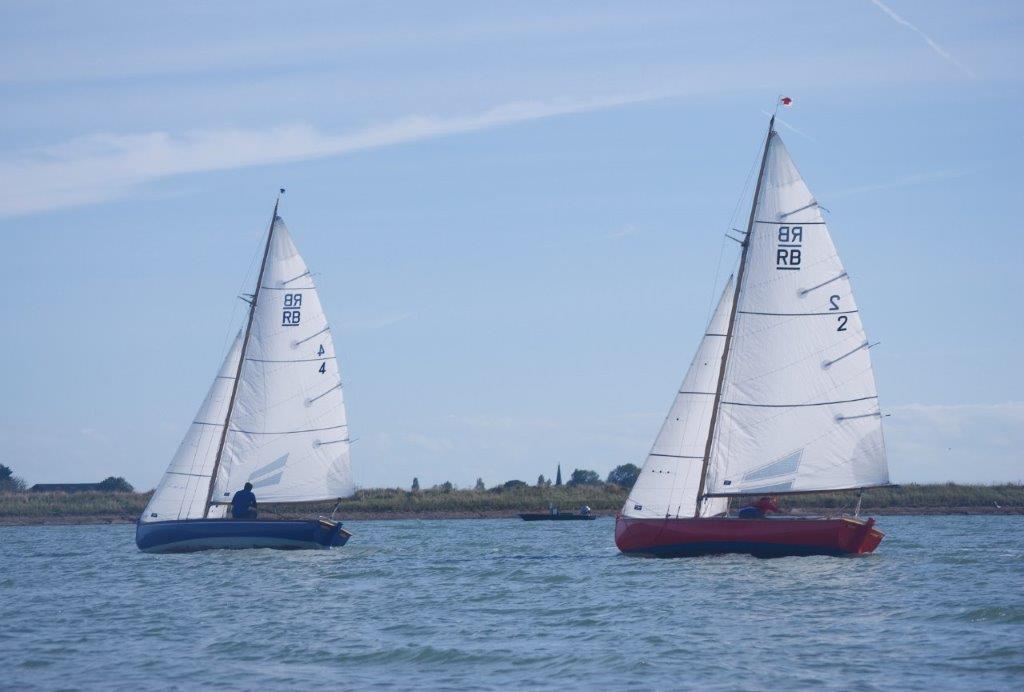 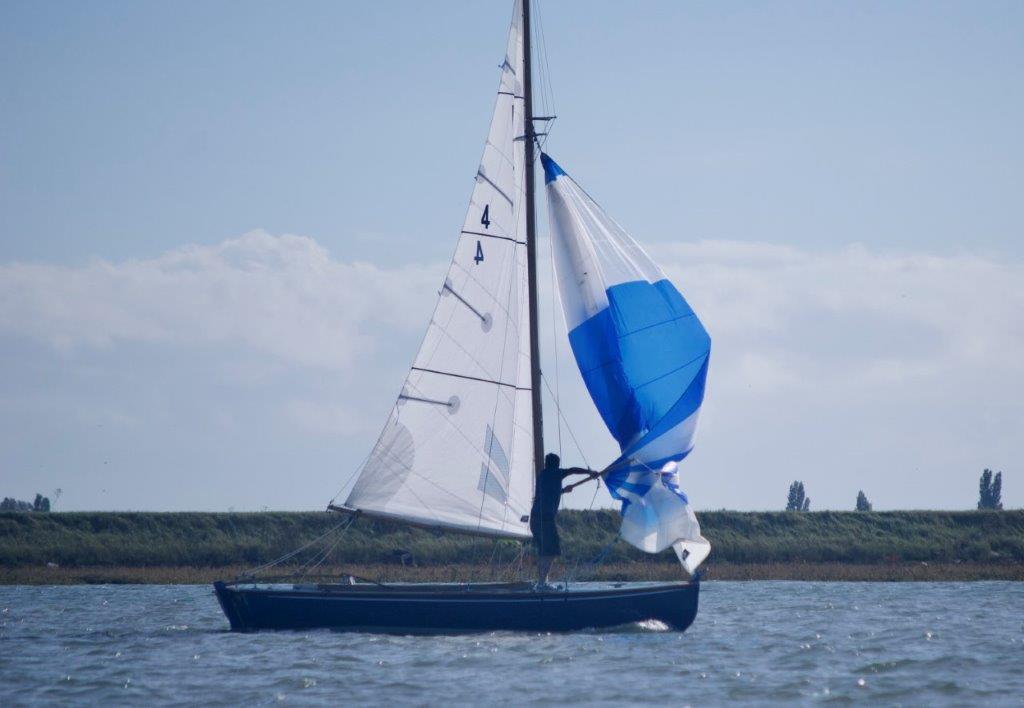 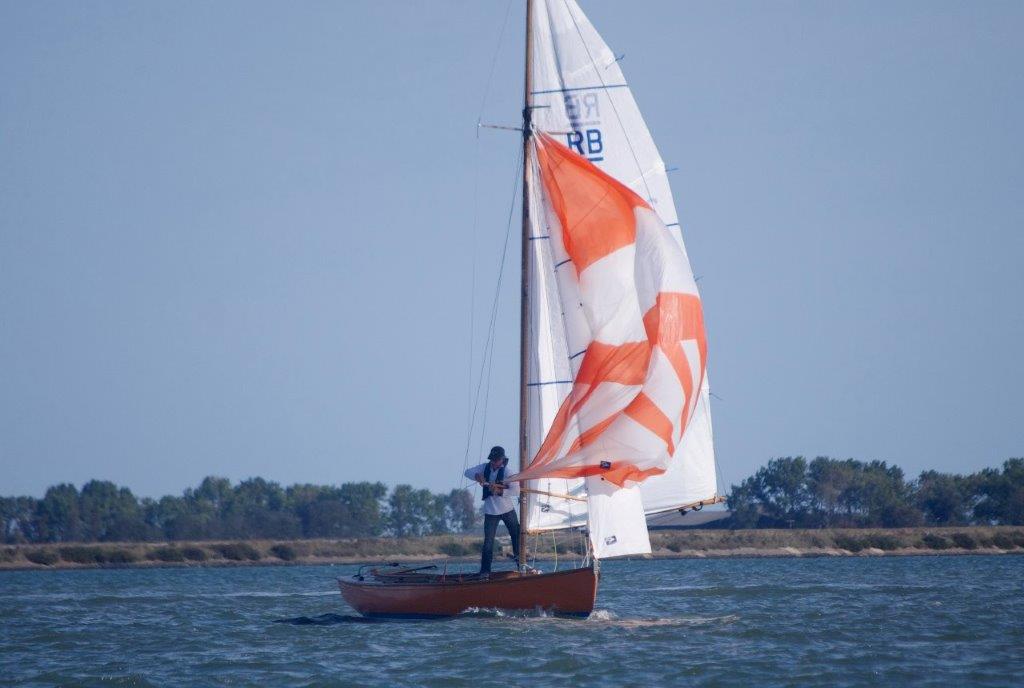 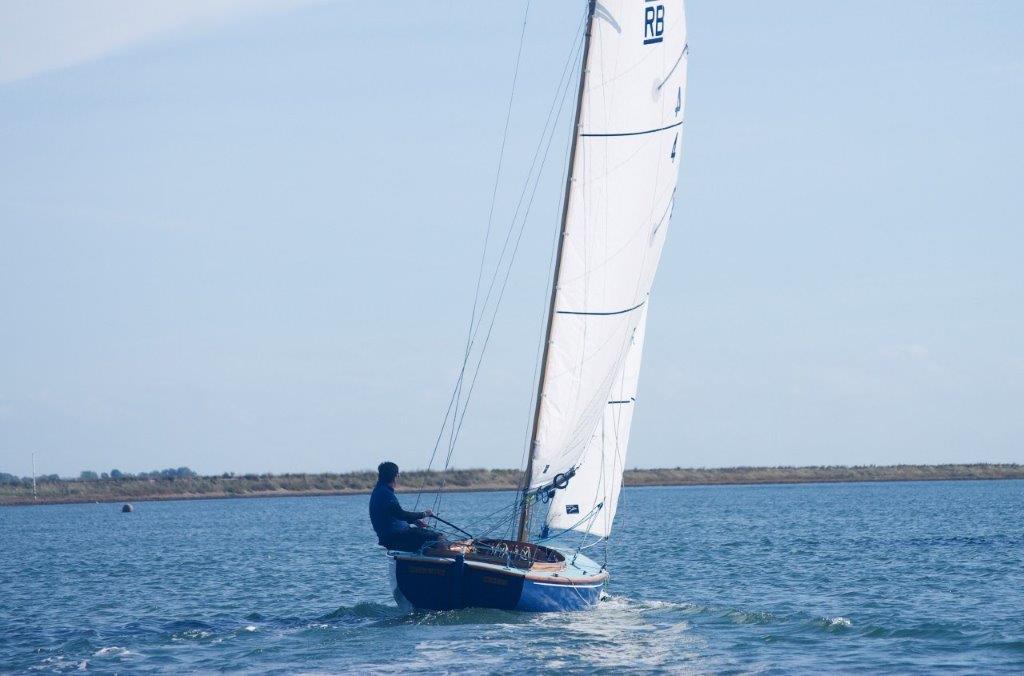