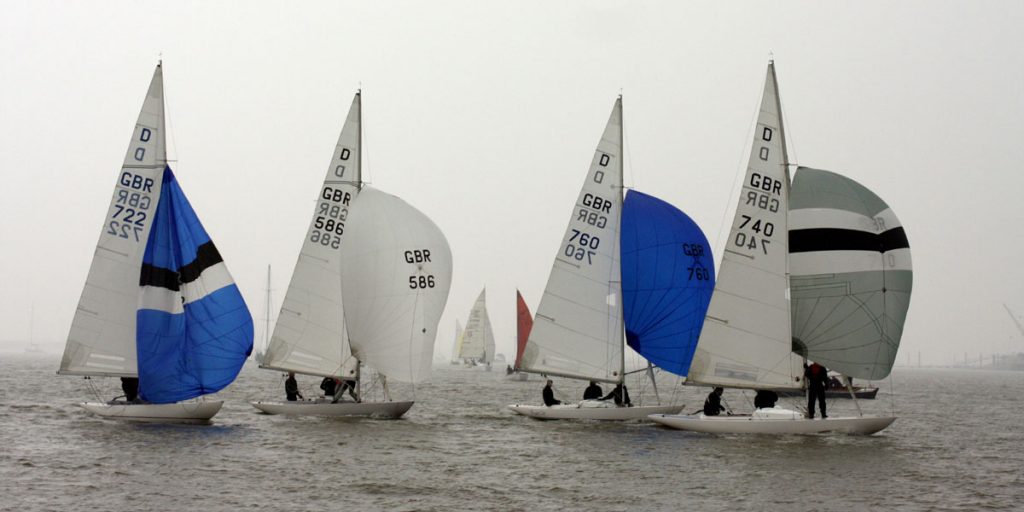 The International Dragon is a one-design keelboat designed by Norwegian Johan Anker in 1929. In 1948 the Dragon became an Olympic Class, a status it retained until the Munich Olympics in 1972. Local sailor Robin Judah represented England in the 1968 Mexico Olympics. Prince Philip’s well known 1947 Dragon “Bluebottle”, another Olympic competitor which has raced at Burnham in years past, is exhibited at the National Maritime Museum Cornwall in Falmouth.
The Dragon’s long keel and elegant ‘metre-boat’ lines remain unchanged and it is a very competitive international class today, with numerous regattas worldwide.
The class enjoys a full racing programme in Burnham, with racing every weekend, Saturday & Sunday, from March to November. These classic boats are still built locally at Petticrows